Idioms From the 18th Century

18th Century Idioms – Here is the Definition: An idiom is an expression peculiar to a language, not readily analyzable from its grammatical construction or from the meaning of its component parts.

Cost you an arm and a leg – when an artist would paint a portrait he would charge by the number of arms and legs in the portrait, because they were difficult to paint – the more arms and legs the more it would cost – something that is very expensive

Flash in the pan – the musket would misfire – the gun powder would not ignite the charge – brief success, not likely to go any further

Going off half cocked – when the musket lock is placed in this position it cannot fire – a safety position – not rational, unsuccessful due to lack of preparation

Groggy – a popular drink was called grog – if one would drink too much they would become groggy, drunk – not able to think clearly

Hit the hay – beds were stuffed with hay – go to bed

Lock, stock, and barrel – 3 parts of the musket – when you got these 3 parts you got it all – you have everything you need to complete a project, assignment, or task

Playing with a full deck – entertainment including playing cards were taxed, only if they had an Ace of Spades.  to avoid paying the tax they  would only purchase 51 cards – these people were thought to be stupid because they weren’t playing with  a full deck.

Skin flint – if the musket flint was worn do to use it may not fire, so to save money it would be skinned or chipped so it could be further used – a cheap or thrifty person

Sleep tight and don’t let the bed bugs bite – beds did not have springs or box springs the mattress was laid on ropes; keep the ropes tight – the mattress was often filled with straw and could contain bed bugs and other vermin – The person saying this is wishing you have a good night’s sleep. 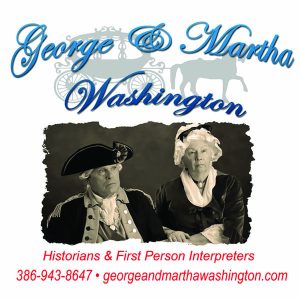 Thanks For Reading These 18th Century Idioms!

Straight laced – ladies wore corsets, which would lace up the front.   A proper and dignified woman was straight laced.

Tied to Mother’s apron strings – reliant on your mother, cannot or will not go out and do things on your own –  One not willing to break away and go out on your own.

Wind fall – during storms limbs, branches, and trees might be blown over by the wind, this would create a readily available supply of fire wood from the branches that came to the ground – something good came your way that wasn’t necessarily expected